The first Red Flag limousine was build August 1958. It is of the limousine model developed by the designers and workers of FAW and is once to be the one of the well-known model in the world. the styling of Red Flag is graceful and soleman, which shows the oriental tastes. During the sixties, the Red Flag was used for political purposes by the gorvernment and adopted as "Car of the nation". It body lenght near six meters, installed a power ful high torque, 5.6 liter V8 type engine theat provides the most power 164KW. CA770 Red Flag limousine was an entirely new design and the guiding ideology of design was to raise the performance, riding stability, reliability and comfortability of the model. In April 1966, 20 Red Flag limousine was send to Beijing and some of them were used by premier Zhou-Enlai, Foreign Minister Chen-Yi and other central leaders. 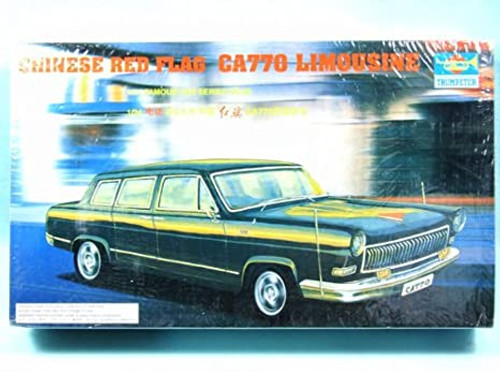