The first Red Flag limousine was build August 1958. It is of the limousine model developed by the designers and workers of FAW and is once to be the one of the well-known model in the world. the styling of Red Flag is graceful and soleman, which shows the oriental tastes. During the sixties, the Red Flag was used for political purposes by the gorvernment and adopted as "Car of the nation". It body lenght near six meters, installed a power ful high torque, 5.6 liter V8 type engine theat provides the most power 164KW. On the grand cermony of the 35th Chinese National day in 1984, Mr Deng Xiao Ping, Chinese People's Liberation Army on the Tian An Men Sqaure, standing on a Red Flag CA770TJ delxe revieewing car. It got the world's attention and has become an inspiration for the Chinese people. 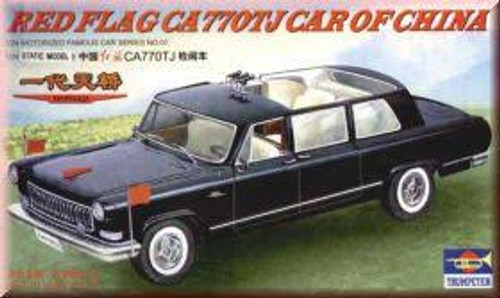