Often referred to as The Great War, World War One was a global war that involved more than 70 million military personnel from countries and alliances all around the globe. The war began on 28th July 1914 and lasted for over four years, finally ending on 11th November 1918 when the armistice between the allies and Germany was signed.

2014 marked the 100th anniversary of the beginning of World War One and the start of four years of tributes, ceremonies and reflection. To commemorate the technological developments of military machinery, Corgi presents the World War One Centenary Collection a series of four die-cast metal vehicles which were involved in the global conflict. 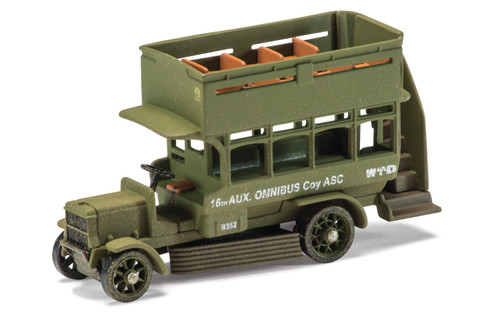