Batman originates all the way back to 1939 where he was first introduced in Detective Comics. Since then he has grown to become one of the most famous, if not the most famous, superheroes of all time. Batman made it from the comic book pages onto the TV screen in the 1960s when the Batman TV series first aired starring Adam West as Batman/Bruce Wayne.

Both Batman and his companion Robin were two crime fighters there to defend Gotham City, their mode of transport was the Batmobile. This detailed Scalextric slot car of the 1960s Batmobile captures the shape of this iconic car and offers Batman fans from around the globe the opportunity to take Batman to the track. This car comes complete with a detailed Batman figure in the driver's seat. 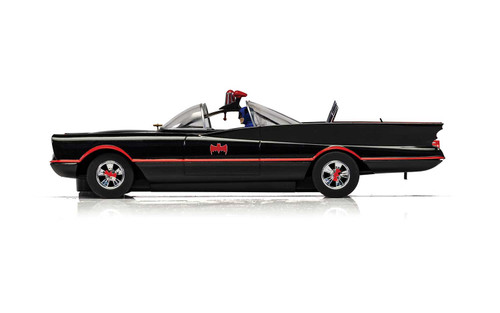