500 Edward Thompson entered traffic on 24 May 1946 at Gateshead, before changing sheds three times in the next four months. Eventually settling at Kings Cross from 12 September 1946, at nationalisation Edward Thompson was given the temporary British Railways number of E500, before being renumbered as 60500 on 7 October 1949.

As top line duties dwindled, 60500 Edward Thompson was moved to Peterborough's New England shed on 4 June 1950, where the locomotive remained until withdrawal on 16 June 1963. 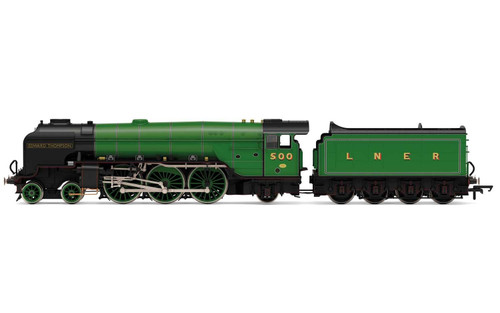