Airfix QUICKBUILD is excited to present the F-35B Lightning II the most advanced aircraft to take to the air. This F-35B variant, has a lift fan mounted behind the cockpit giving the jet short take-off and vertical landing (STOVL) capabilities, meaning it can hover like a Harrier. 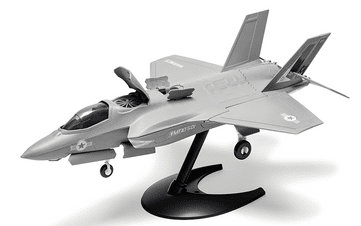 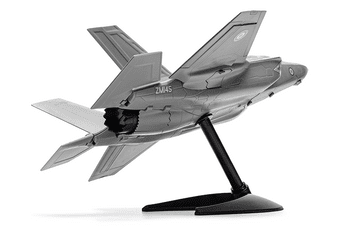 Comes with a display stand 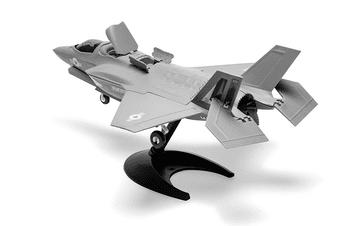 Airfix QUICKBUILD is an exciting range of brick-based models suitable as an introduction to modelling for any age of 6 and up. The pre-coloured pieces simply push together to build an impressive model which can then be decorated with the included self-adhesive stickers. No paint or glue is needed to make these fantastic models look like the real thing, and once completed theres no evidence of any of the brick fittings showing. When built they are tough enough to be used as toys, or smart enough to use as display models. Either will show off those great modelling skills!

Included with each model are a full set of easy-to-follow colour instructions, free-rolling wheels for cars and tanks, and display stands for all the aircraft. F-35B Lightning II The F-35 is a single-seat, single-engine supersonic jet with the most advanced computers and networking abilities yet to take to the air, and stealth capabilities designed to make it hard to pick up on enemy radar. The F-35B variant, which has a lift fan mounted behind the cockpit giving the jet short take-off and vertical landing (STOVL) capabilities, meaning it can hover like a Harrier. Working alongside the Typhoon, the F-35 will operate from land, but most importantly it will fly from the two new Royal Navy Queen Elizabeth carriers. 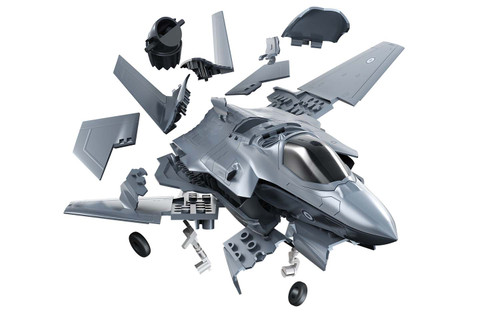