The Supermarine Spitfire Mk.XVIII is based on the Rolls Royce Griffon powered Mk.XIV, featuring a whole host of improvements. From cockpit enhancements and increased fuel carrying capacity, to strengthened wings which allowed the aircraft to carry rockets or bombs, as well as its cannon and machine gun armament. These powerful Spitfires saw action during ‘Operation Firedog’, as well as against Communist guerrillas during the Malayan Emergency.

This kit comes with 157 parts, including a new frame containing; 60lb rockets with HE warhead, a 500lb bomb and two 250lb bombs.

Completed, the kit has a wingspan of 234mm and is 213mm in length. This kit is the third release from the tooling, the first and second being the Mk.XIV in Military (A05135) and Civilian schemes (A05139). 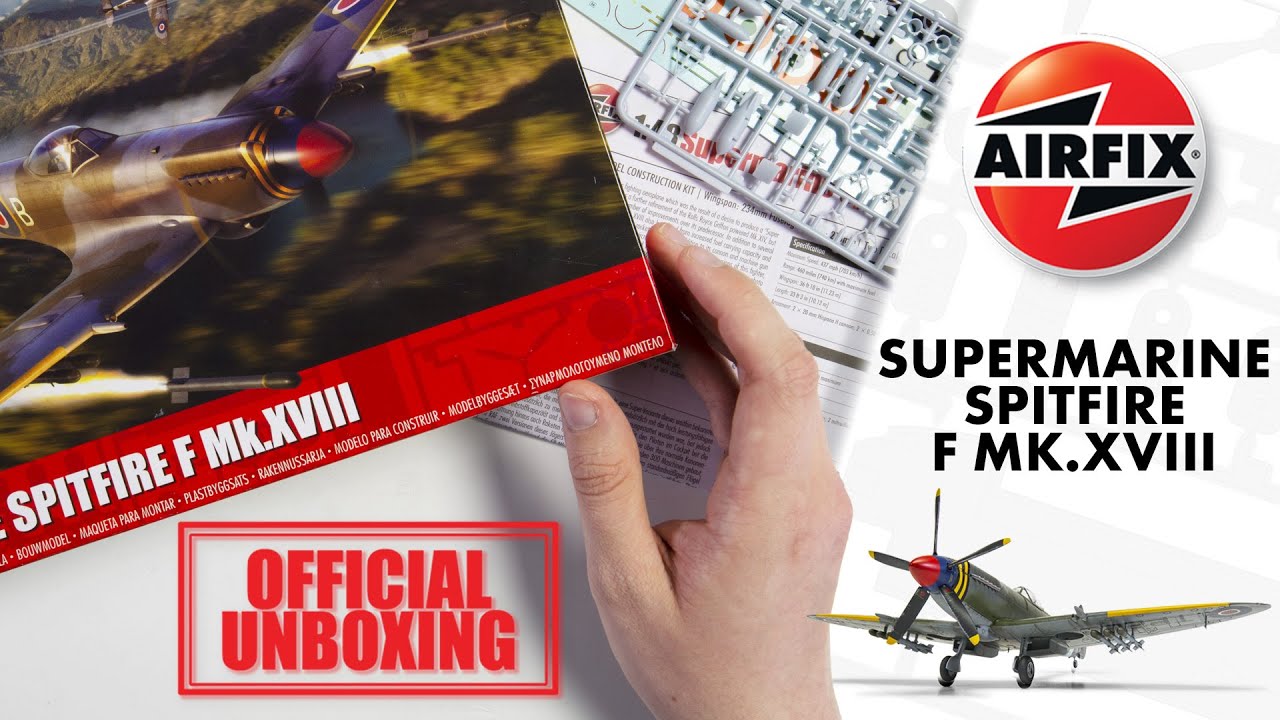 A variant of this famous fighting aeroplane which was the result of a desire to produce a 'Super Spitfire', the F Mk.XVIII was a further refinement of the Rolls Royce Griffon powered Mk.XIV, but one which incorporated a number of improvements over its predecessor. In addition to several cockpit enhancements for the pilot, the F Mk.XVIII also benefitted from increased fuel carrying capacity and strengthened wings, allowing it to carry either rockets or bombs in addition to its cannon and machine gun armament. With a total production run or 300 aircraft, the RAF would receive two versions of this fighter, the F.Mk.XVIII fitted with the standard E wing and the FR.Mk.XVIII, which included a camera for photo reconnaissance work. Too late to see service during WWII, these powerful Spitfires did see action as part of 'Operation Firedog' and actions against Communist guerrillas during the Malayan Emergency.