Developed initially to counter the Soviet's T-34, the Panther was sent to frontline units in the spring of 1943, and first saw major combat at Kursk. WIth the correction of the production-related mechanical difficulties, the Panther became highly popular with German tankers and a fearsome weapon on the battlefield. Mould Tools made in 1961, pack Illustration by G. Schule, 1961.

Enjoy the nostalgia with Airfix Vintage Classics- and the panther is definitely a classic not to be missed! This wartime tank has a simple yet effective livery scheme as well as a length of 77mm, making it perfect for both younger and experienced collectors! 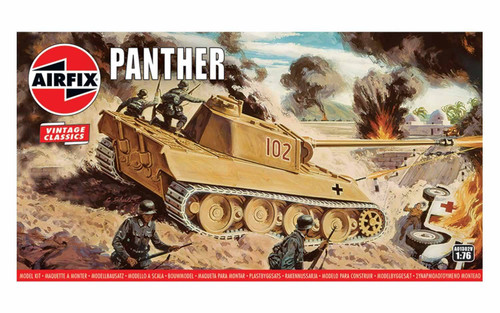