Happy Holidays! Our December newsletter will bring you news on our events and releases for this past month. Enjoy and thank you for reading!

This year’s National Airfix Aeronautical Model Engineering Competition was the first physical competition in 3 years. This was due to the disruption and restriction of people movement due to Covid-19.

The event was held at Woodlands Regional Library in the north of Singapore from 8th to 10th December 2022. The event was different as our ‘make and take’ became an Airfix Figure Painting event open to the public. We had many folks signed up from all ages. The lesson was conducted by Dr Suresh Nathan and Adam Pratt. The latter had primed the Airfix 32nd Commandos in black, the group was taught how to do figure painting. After a while, some participants, (including Keng Leong a regular of our community) were taken aside by Suresh and given advance figure painting tips.

That evening, Lee Stringer did a talk on Studio Scale Models which attracted a crowd and lasted more than 90 minutes.

As for the competition, we had an aircraft and open (everything non-aircraft) for Masterclass, Senior class, and Interschool. This year’s Interschool participation was good in both categories. There were ships (Airfix 600th HMS Victorious and FROG 600th HMS Repulse), tanks and other dioramas.

The highlights of the competition entries were the WWII Japanese aircraft attacking ships diorama, and a Airfix 144th B747 Mega Ark (which started as a standard Airfix 144th Boeing B747 model kit. The engines had to be change and the windows sealed. David Teo won the most creative prize for this.

We are happy to offer the following products, available to order both in our shop and online! 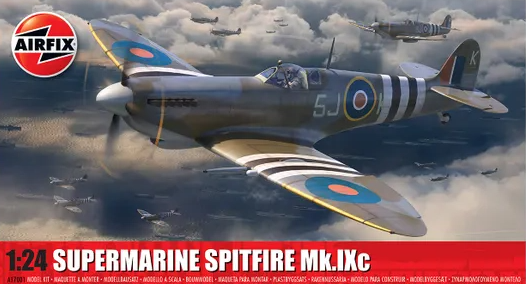